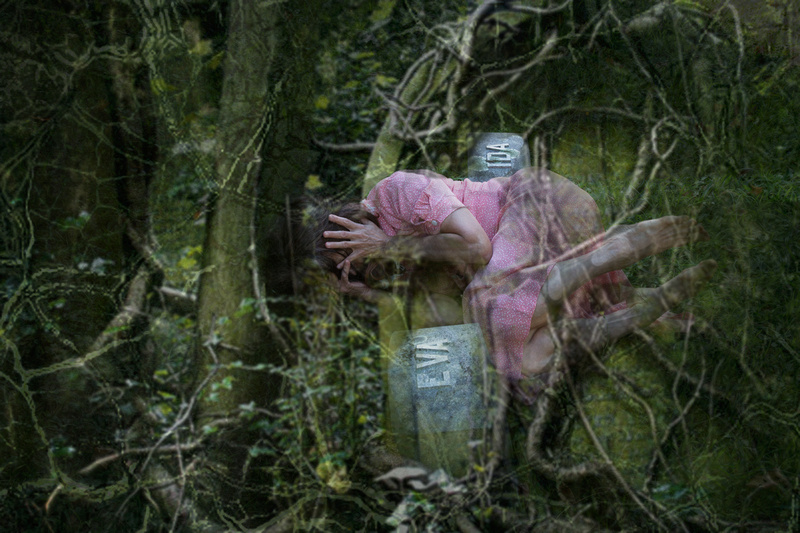 Survived by No Other

Ida Jane Knox was survived by her younger sister Eva Mae and no others.  She was found face up in a pool of blood in the thicket behind a remote inn located on the Old Caliente Road. Ida Jane had been carved up into several pieces, but her forehead was marked by a single bullet hole.  It was undetermined what had happen to her, but the suspicion was that she was tortured first.  A few broken branches marked the scene and a rifle was discarded nearby. Oddly, the rifle looked too much like a toy. Without further examination, very little could be concluded from the discovery of the discarded evidence which seemed to disappear as quickly as it was uncovered. There was no DNA evidence.

They say that Ida Jane had a lover or two or perhaps more. As pretty as she was, nobody wanted to get close to her. She was a spirited girl who was regularly accused of being a possessed demon. She craved real love and when it didn't come, her outbursts of rejection were deep and vocal.

Ida Jane confided her deepest sins to Rose Paris who ran the inn on the Old Caliente Road, but Rose volunteered nothing about the fate of Ida Jane.  She insisted that her secrets were too well guarded to be heard by others.

Eva Mae would be at a loss to bury her sister properly.  Money was short.  Eva didn't have the resources to solve this mystery and there were so many questions. She did not even have a dress which would wrap the tattered remains of Ida Jane so that she could be outfitted in her final rest.  Ida Jane Knox would go to her grave as naked as the day she was born.